This article takes everyone to understand Likfix waterproofing coating.

This article can be divided into 2 parts:

LIKFIX waterproofing coating is based on isocyanate and polyether polyol, and is made by addition polymerization with various additives and fillers. It is applied to the waterproof base layer during use. Through the chemical reaction between the -NCO end group in the polyurethane prepolymer and the moisture in the air, a tough, soft and seamless rubber waterproof membrane is formed. 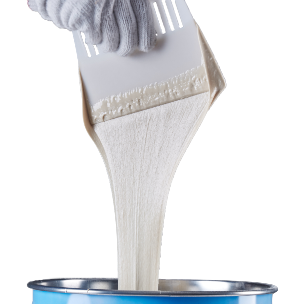 The efficiency of mechanical spraying construction is generally three times that of manual scraping construction. The spraying and atomizing effect of the paint can fill subtle defects in the grassroots layer, avoid the inclusion of bubbles in the coating film, and have a better waterproof effect.

The anti-sagging waterproof coating on the facade avoids the common quality problem of the coating film "upper and lower thickness" caused by the flowing of the facade.

After the film is formed into a film, the steam-free performance is excellent. When used in bathrooms, toilets and tea rooms, it can avoid yellowing, mildew and other common quality problems in the outer wall of the above parts.

If you want to learn more about Likfix waterproofing coatings, please visit our website