International CANLON - Hearing the thunder in the silence, seeing the backbone in the storm - CANLON wins MBP patent case!

On 22 October 2021, an announcement of progress in litigation matters was quietly posted on the information website, like a snowflake in water, without making a single ripple.

But who would have thought that behind this intellectual property dispute is a transnational technology contest that has been going on for years, and in the tug-of-war between monopoly and anti-monopoly, CANLON shares break the ice and see the light. From the fledgling upstart to the head-on battle with the patent rights of multinational products, CANLON shares with their own sincere love for the waterproof business, won the lawsuit, but also won the respect of competitors.

Listening to the thunder in the silence, the first domestic polymer pre-applied self-adhesive waterproof membrane - MBP, once again certifies its name.

This is a repeatedly mentioned story in the industry, and every CANLON employee enjoys the story.

In the 90s, with the rough and tumble growth of the construction industry, leakage spread in a large area. As traditional mainstream waterproof materials, ointment and asphalt became more and more ineffective. The society urgently needed a waterproof material that can completely cure the problem of leakage to bring about changes. The industry predecessors who took the lead to go abroad for inspection learned that the polymer self-adhesive waterproofing membrane developed by the United States and the supporting pre-applied anti-adhesive construction technology is such an ideal material.

However, the high price and solid technical barriers, let the domestic market repeatedly discouraged. Whether it is the high-quality sheet, a pressure-sensitive polymer adhesive layer or even a uniquely formulated granular layer, none of these can be produced by simply replicating them. 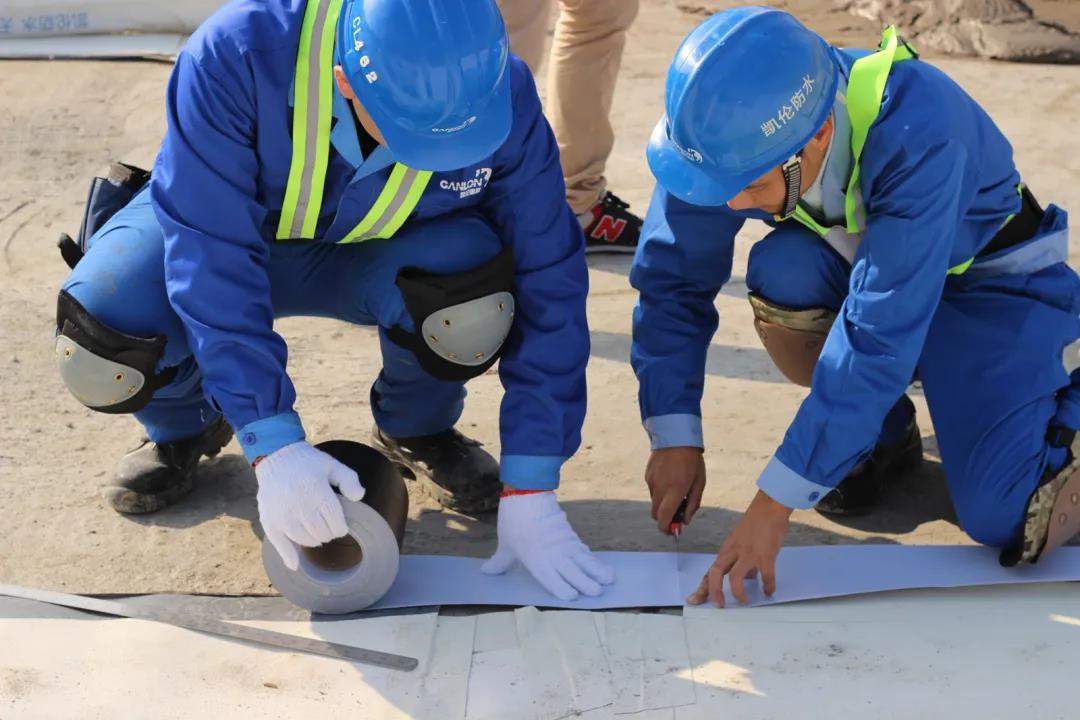 In 2011, CANLON was established, focusing on the technical gaps of polymer materials in China, and set up CANLON Technology Research and Development Centre jointly with the China Building Materials Research Institute Suzhou Institute, determined to jointly attack the technical barriers. Chairman Qian Lindi and President Li Zhongren, regardless of cost, step by step, independently design production lines. After a lot of pioneering research and formula optimization experiments, CANLON take the lead in breaking through the technical problems of polymer self-adhesive film production and its application in China, and launched a product called MBP polymer pre-applied self-adhesive waterproofing membrane.

As the first pre-applied polymer self-adhesive membrane waterproofing membrane developed and produced in China, MBP is not only priced far lower than international manufacturers, but also uses pre-applied anti-adhesive technology to eliminate the protective layer for foundation slab, saving cost and construction period, with the comprehensive cost performance far lower than traditional materials and construction methods.

The technology gap in the domestic pre-applied waterproofing field has been filled and CANLON shares have received a number of recognition from national authorities. A good material, from the moment it is born, its journey is destined to be the starry sea.

Over the past few years, CANLON's projects have not only blossomed in China, but have also been fruitful in overseas markets. We have our presence in more than 60 countries such as United States, UK, Germany, Australia, Israel and Singapore, competing with multinational companies, with notable achievements.

On November 18, 2019, an American company submitted a complaint to the Beijing Intellectual Property Court, claiming that the manufacture and sale of MBP-P by CANLON shares constituted patent infringement, demanding to stop the infringement and compensation of 1 million yuan. In November 2020, the amount of compensation requested was raised to 70 million yuan.

The lawsuit virtually acknowledges MBP's patent value of nearly 100 million yuan. This is not only a wave caused by the fierce competition in the vast sea of business as a peer, but also an affirmation of the pioneering advancement of CANLON shares by the international waterproofing leader.

However, CANLON shares of intellectual property rights, has never been built on simple "Imitating “and “copying”, but is deeply rooted in the ability to innovate independently. Since the production of the first volume of qualified polymer self-adhesive membrane pre-applied waterproofing membrane, CANLON shares constantly optimize the formula and process through independent innovation, and, has launched a number of generations of polymer products,and the sheet, sand, bonding adhesive have been updated many times, and always occupy the high ground of quality, leading the market. Even though domestic friends have followed, MBP has been steadily occupying the leading position in the polymer category for many years.

For this reason, CANLON has never wavered in its determination to defend its own intellectual property rights.

Take the 3rd generation polymer pre-laying membrane MBP-Pro as an example, through the continuous breakthrough of the research and development technology of the pressure sensitive adhesive layer,  CONLON initiated a “dualap” technology , successfully achieved the excellent characteristics of effective overlapping in water, breaking through the industry pain points of the rainy season construction, compared to the international manufacturers' products, no wonder the annual industry Exhibition audience lamented: "as long as CANLON is still developing polymer waterproofing membrane, this technology is new to the domestic market!"

In the future, we will continue to learn and exchange with the top international manufacturers of functional building materials, and work together to promote the progress of global building quality! With the above information, we hope you can get to know our company better. Welcome to reach out if you have interest in our company or our products.