The reason for the outbreak can be described: Complying with national development strategy and social development trend. The two good events that happened in the morning, are all tightly around the major development direction of the national economy and the people's livelihood.

Secondly, the country is planning a wind power photovoltaic base project. The overall total is expected to be 400GW, half of the scale is expected to be completed in the 14th Five-Year Plan, which is another major plan of the country after the promotion of the whole county, and will promote the construction of new energy projects in China to a new level.

For rooftop PV project development, there are two application scenarios: one is BAPV PV roof, where ordinary PV modules are fixed on colour steel tiles or concrete roofs through brackets, etc. The second is BIPV PV roofing, a technology that integrates solar power (PV) products onto buildings. The two complement each other, together forming a new pattern of building-based, PV-enabled. 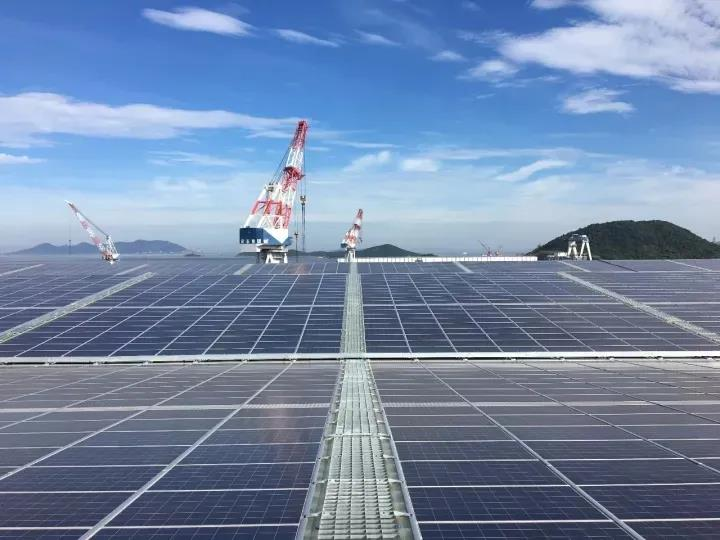 According to estimates, China's photovoltaic building application area accounts for only about 1% of the existing building, and the penetration rate is low, and it is dominated by industrial and commercial roof applications. The future growth space is huge, and the market capacity is huge. Photovoltaic has a large development potential in both stock and incremental buildings.  According to statistics, the stock building can be installed in an area of 10 billion square meters, incremental building can be installed in an area of 120 million square meters per year.

In China's current distributed PV projects, PV + building accounted for 80%. Under the impetus of these two favourable factors, BIPV PV building integration, with its advantages of higher safety performance and longer life span, points to the future development direction of PV buildings.PV's empowerment of buildings is dominated by building material attributes and supplemented by power generation attributes, with performance indicators often higher than those of ordinary PV systems. It is essentially a building material, but also different from it, and requires a whole new set of product technology and industry standards to support.

As the cornerstone of distributed PV, the quality of the roof directly determines the service life and waterproof performance of the overall distributed PV roof system. However, on the current market, whether it is metal roofing, colour steel tiles or cement roofing, waterproofing solutions are unable to achieve a life of 25 years, after the addition of photovoltaic, more likely to exacerbate the occurrence of leaks, very inconsistent with the 25-year life of PV power station, and maintenance costs are extremely high.

In response to the pain points of traditional PV roofs in terms of waterproofing, polymer waterproofing materials represented by TPO and PVC meet the ultra-long durability requirements of exposed scenarios and can fully match the 25-year or more service life of PV. CANLON shares use their own R & D advantages in the polymer industry, creatively launch CSPV full life cycle photovoltaic roofing system, hit the market pain points, ensuring that the roof and photovoltaic power generation system has the same life,  which has won the market's widespread attention.

Facing the trillion-level distributed photovoltaic outlets, CANLON has made sufficient preparations in terms of product, technology and market development.

In order to join hands with PV companies to achieve in-depth industrial chain integration and serve the PV system supply chain, CANLON took the lead in starting a battle for the position of the photovoltaic track on the opening day, it signed a PV industry chain strategic cooperation agreement with ten well-known PV companies including Total Vision, Talesun Solar, Shangmai New Energy, and Sunshine New Energy.

The next ten years will undoubtedly be a period of great development for the photovoltaic industry. The good development trend of timing, location and human harmony has already emerged. With the east wind of the national planning of wind power and photovoltaic base projects, and the favorable development action of rooftop photovoltaic power generation launched in Henan, we have reasons to believe that CANLON shares will become an important force to be reckoned with in the field of new energy construction by virtue of this wave.

The above is all about CANLON this time, CANLON's success cannot be separated from your support, hope you can continue to support us in the future, we will provide you with the best quality service and product guarantee.