Benchmarking CANLON | Why is China's nuclear power safety a long-term world leader? CANLON talks to you about nuclear safety and development in China

The term "nuclear power plant" has recently become a buzzword again in the wake of the Fukushima emissions incident in Japan, and China's long-standing world-leading nuclear power safety has been highlighted once again. According to the World Association of Nuclear Operators (WANO) performance indicators, in the last five years, 80% of China's nuclear power operation indicators are above the median value, 70% reach the advanced value, and the comprehensive index is comparable to the United States and better than France. 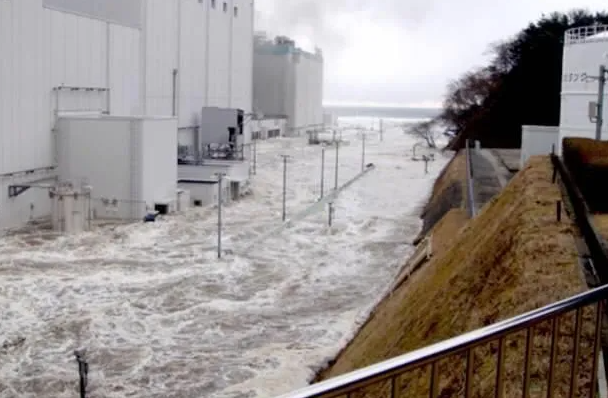 In fact, as hydro, wind and solar energy are limited by geographical and economic effects, nuclear power has been the way to promote China's high-quality energy development and achieve the "double carbon" goal in the process of accelerating the green transformation of energy and building a clean, low-carbon and efficient modern energy system.

Today, CANLON will talk about the safety and development of nuclear power in China through the hot event, combined with the nuclear power plant waterproofing projects CANLON has participated.

China's civil nuclear power did not start late, on 8 February 1970, Premier Zhou Enlai pointed out that "foreign countries are engaged in nuclear power plants, you can study them and write a report, I will support you."

In 1974, the Qinshan Nuclear Power Station was officially approved and put into operation in 1991; later, along with the reform and opening up, the Daya Bay Nuclear Power Station came into being. In order to be fully in line with international standards, our safety regulation and review criteria, from the model structure to the supervision methods, have been fully referenced to the US NRC and benchmarked against the IAEA.

The third generation of nuclear power uses a non-energetic safety design concept, which applies the laws of nature to create inherent safety through gravity, natural thermodynamic cycles, and changes in compressed gases, solving the problem of waste heat export from the core, while significantly reducing reliance on alternating current, and using more advanced pumping and piping technology based on technological advances to minimise human intervention.

In 2008, in Taizhou, Zhejiang Province, construction of a third-generation nuclear power plant with the AP1000 as its core technology began at Sanmen, a perfect site surrounded by mountains on three sides and facing the sea on the other. This was also the first AP1000 unit in the world, and a great deal of effort was poured into it.

The AP1000 is the creative design of the American company Westinghouse, but it is lamentable that Westinghouse, considered the grandfather of nuclear power development, is now on the verge of bankruptcy, while China, which introduced Westinghouse's AP1000 technology, has completed its debut through full learning. The new Generation III reactor type is quietly undergoing a huge transformation from design to commercial use in China.

On 30 January 2021, China's independent intellectual property rights for the third-generation reactor "Hualong One" was commercially launched in Fuqing. With safety in mind, China's nuclear power industry is moving forward with a firm grip on the steering wheel, and countless families are living right next to the nuclear power base, peacefully with the sea.