There is a construction group, ranked among the 250 largest international engineering contractors in the world, the top 500 Chinese enterprises and the top 80 Chinese contractors. Since its establishment in 1953, it has built 80% of the modern buildings on Chang'an Street, the main thoroughfare of Beijing, and on both sides of it. It has constructed more than 300 million square metres of various buildings, more than 18,000 kilometres of various roads, more than 1,900 bridges of various types and more than 400 kilometres of rail transport. It has continued to grow and develop in serving the country and the capital city, becoming a 100 billion dollar engineering construction and comprehensive service group. 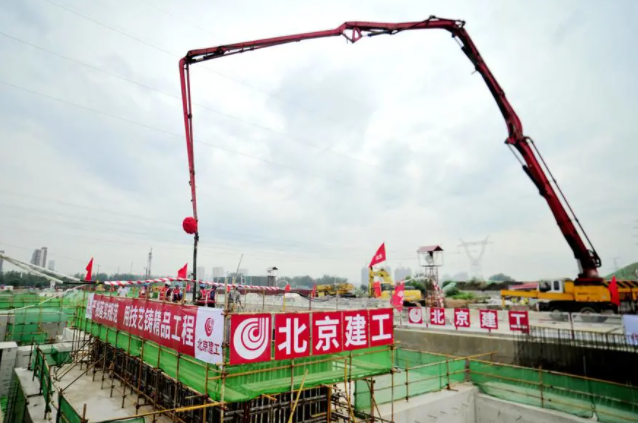 As the backbone of the capital's construction industry, the Group has been responsible for most of the city's landmark projects. In the "100 Classic and Excellent Projects in the 60 Years of the Founding of the People's Republic", the Group was selected for eight projects, including the Tiananmen Square Complex, the National Library, the National Culture Palace, the Beijing Hotel, the Beijing Capital Airport Airport and Beijing Metro Line 1. Since the national and Beijing government launched the project quality award activities in the 1980s, the Group has won 53 Luban Awards, the highest award in the construction industry, 27 National Quality Engineering Awards and 22 China Civil Engineering Zhan Tianyou Awards.

BCEG has also built most of the foreign embassies in China and a large number of diplomatic flats;

it has built all the major industrial areas in Beijing and large facilities of research, medical, educational and service; it has made outstanding contributions to the urbanization and modernization of the capital. It has also created good results in international general contracting, labour and technical services, import and export trade, etc. Since 1994, it has been continuously ranked as one of the 250 largest international engineering contractors in the world.

Prior to the formal strategic partnership, CANLON and BCEG had already successfully completed a number of high-quality joint projects, including Tianjin Bay Seaview Aura and Huairou New Town. The two sides have strengthened their communication and trust by working together. Although CANLON is young in the industry, it has successfully won the approval of Beijing Construction Engineering Group, a "senior" company, with its new product technology and fine construction services.

The construction industry has been building a great world, and the leaves are falling all over Chang'an. As long as we continue to contribute to the industry's excellence, everywhere will be a beautiful Tang. CANLON shares will actively participate in the pace of diversified urban construction services, so that our integrated waterproofing system can become a partner of more real estate developers and construction units, and live and prosper with the living and commercial bodies of each city.

This above is the full introduction of the content. CANLON is a public listed company integrated with R&D, manufacturing, sales and construction services of waterproofing. We also produce Anti sagging Polyurethane Waterproofing Coatings, PVC/TPO Roofing Membrane, Bitumen based Roofing Underlayment, HDPE Pre Applied Self Adhesive Waterproofing Membrane. If you need to know more and CANLON related content, please contact with me in time.