Recently, an article titled "Integration Paved the Road to Revival, Canlon Accompanying the High-speed Railway" was released by Flush Finance, focusing on the high-speed rail infrastructure sector, in-depth analysis of Canlon's strategic layout, and attracted widespread attention from the industry media and the capital market. Canlon reprinted this article for the first time to show you how the power of "integration" promotes China's high-speed rail to run out of "acceleration"——

03 Specializing in difficult projects, paving the road to integration and revival

"Cut paths through the mountains and build bridges across river”is a common practice in basic transportation construction. All kinds of bridge and tunnel construction are inseparable from strong technical support, and tunnel waterproofing affects road driving safety and is the top priority of various technical links. The high-speed railway waterproofing projects built by Canlon are not only numerous, but also particularly prominent in the “bridge-to-tunnel ratio”, which represents the difficulty of construction.

Taking the Sichuan-Tibet Railway as an example, as the second "sky road" on the snow-covered plateau and the most complex project in the history of railway construction in the world, the altitude difference of more than 3,000 meters makes the bridge-tunnel ratio of the Sichuan-Tibet Railway exceed 90%. The tunnel mileage exceeds 800 kilometers, which is regarded as "the most difficult railway to build"; and the construction difficulty of the newly built Panzhou-Xingyi railway is also not to be underestimated. The bridge and tunnel ratio is as high as 90.66%. The line with the highest ratio of bridges to tunnels" is also "the last project in Guizhou to realize 'city-to-city-high-speed rail'", which has been included in the national "13th Five-Year Plan" comprehensive transportation plan; the Wuhan-Yichang section of the newly built Shanghai-Chongqing-Chengdu high-speed railway , 25 new tunnels need to be built along the way, and the bridge and tunnel ratio is as high as 85%. The Baiguoshu Tunnel located in the northwest of Jingmen City is 3090.3 meters long; In the three places, the line passes through the Gobi Oasis and the Taklimakan Desert... For all of the above, CANLON need to conduct a comprehensive design communication with the construction party, detailed technical disclosure, and always maintain stable product quality and punctual supply guarantee. 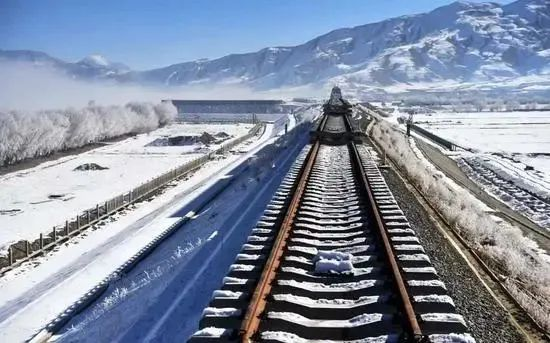 In this regard, the world's largest polymer material production base invested by CANLON will be fully prepared for production capacity. At the same time, New Canlon Rail Transit New Materials Co., Ltd. and the specially established Railway Military Industry Division will provide strong support for maintaining the continuity and stability of infrastructure construction projects such as transportation and municipal services.

Pave the road to revival and accompany the high-speed rail line. CANLON will make persistent efforts to better support the "protective umbrella" for China's new infrastructure and promote the "acceleration" of China's high-speed rail.