Today, CANLON brings you a story from the second largest country in Africa, the Democratic Republic of Congo (DRC), located south of the Sahara desert.

Situated in the rainforests of the Congo Basin, the DRC is rich in mineral resources from gold and diamonds to copper and cobalt, but it is also war-torn, having been plunged into a civil war that killed millions of people after independence from Belgium in 1960, and only after the war ended in 2006 did it begin to build a relatively normal country. In the last decade or so, the capital's population has exploded from 400,000 to 12 million, more than thirty times in one fell swoop, and as a result, there is an extreme lack of municipal construction. 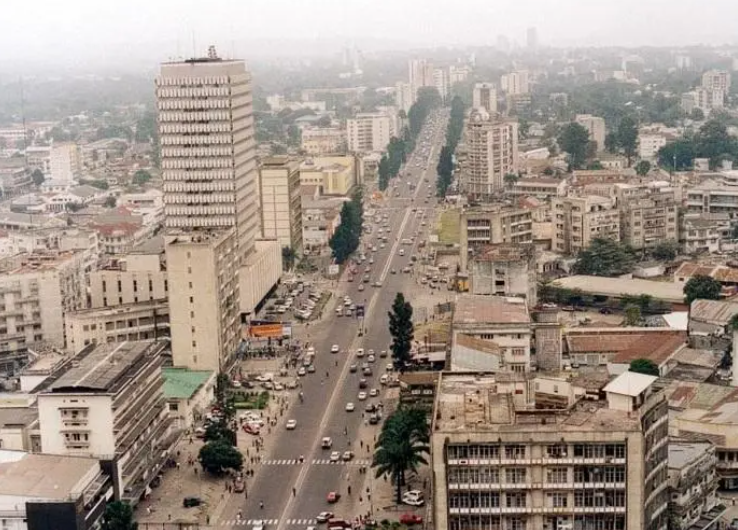 At a time when "Western governments had virtually abandoned the continent" as a "source of instability, migration and terrorism", China saw an opportunity for mutual benefit. In 2015, as the cooperation between China and Congo in the economic field continued to grow, the Chinese government decided to provide what it could to improve the office conditions of the Congolese government in Kinshasa and enhance the friendship between China and Congo. The DRC Government Office Complex is the result of this historical background.

Located next to 630 Avenue in the Gombe district of Kinshasa, the DRC Government Office Complex is one of the important initiatives of the DRC President's "modernisation reform", which aims to build a modern office building for eight central government ministries. The project will take 20 months to complete, with a total construction area of more than 20,000 square metres.  CANLON won the tender for the construction of the waterproofing project, providing APP plastic modified bitumen waterproofing membrane. After the completion of the project, President Kabila personally attended the ceremony and cut the ribbon for the project.

The DRC government office building is another fruit of cooperation between Congo and China after the People's Palace and the Martyrs Stadium, and is also another important representative project performance of CANLON in the field of foreign aid construction. For a long time, CANLON has been responding to the call of the national "going out" strategy, taking the initiative to make its products international, occupying a place in the mainstream markets of Europe and the United States through general trade, and actively participating in the construction of foreign aid projects, making high-quality waterproofing and contributing to the strength of China for our brother countries in the third world.

Through the above introduction, do you have a better understanding of CANLON? For more information, please pay attention to us. CANLON is a national high-tech enterprise integrating R&D, manufacturing, sales and construction services of waterproof materials. In addition, we also produce Likfix Polyurethane Waterproofing Coatings, MPU Polyurethane Waterproofing Coating, TPO Roofing Membrane, PVC Roofing Membrane. If you want to know more, please contact us in time.