San Jose, a city in the southern part of the San Francisco Bay Area, which is the 3rd most populous city in California.

The city is also known as the "Heart of Silicon Valley". Besides, it is home to many of the world's leading high-tech companies such as Apple, PayPal, Intel, Yahoo, EBay, HP, FireFox, Google, etc. The project that CANLON has participated is located here.

San José is located in the seismic zone around the Pacific Ocean, where the water area is 3.4sqmi (8.8km). On average, one to two earthquakes occur per year. The complex and harsh geography makes the demands on waterproofing of buildings more demanding. CANLON's extensive experience in the USA has attracted the attention of building owners. The new MBP Pro Pre-applied Waterproofing Membrane made its debut in California, where it won the tender at a better price comparable to the world's best quality waterproofing systems.

The construction of a large shopping mall in a local residential area was started in November 2019 and had been completed successfully. The grey outer protective wall works well to protect the insulation.The workers on the lift  were installing the MBP Pro Pre-applied Waterproofing Membrane in an orderly fashion in the picture above. 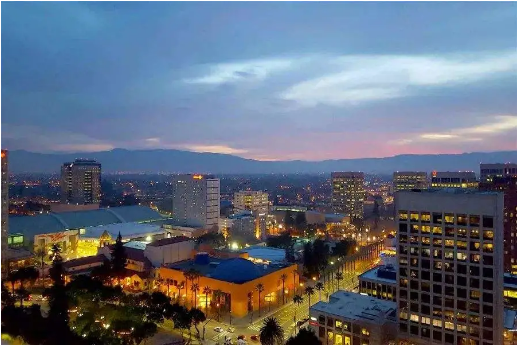 The biggest highlight of MBP Pro Pre-applied Waterproofing Membrane, which has been introduced many times before by  CANLON, is that the membrane has a water-repellent additive added to the membrane, which effectively solves problems such as the impact of water on the overlap bonding strength of membranes. As a result, installing the membranes in the rainy season has become possible.

Noticeably, it won the annual award of the "2020 Sourcing Black Technology" a few days ago.

With the vision of "becoming a leading international manufacturer of functional building materials", CANLON has long been benchmarking international quality, coming up with the slogan "International Quality,China Price". In large cities in the USA, including Los Angeles, San Francisco, San Diego, Washington D.C., New York and Chicago,Canlon promotes MBP Pro Pre-applied Waterproofing Membrane, which has contributed to dozens of high-quality completed projects.